The 2015 Winner of the Felix Awards: Maysoon Zayid! 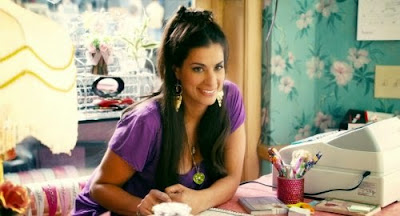 Maysoon Zayid grew up in Cliffside Park, New Jersey, the fourth of four daughters, in a close-knit immigrant family.  She speaks fondly of her childhood and her hometown.  Her cerebral palsy did not incite bullying, nor did her Palestinian background. Her neighbors may not have caught on to their roots.  Her family could have been taken for a darker shade of Italian.  Yet as she reveals in her immensely popular TED Talk, there was a difference.  All her friends got to go to the Jersey shore for summer vacation.  Her family took her to a war zone, where her father tried to cure her palsy in the magical waters of the Dead Sea.

The Felix Awards were conceived as a way to honor individuals who are using the arts to change the public perception of disability, and Maysoon Zayid is the very embodiment of this idea.  In her routines, she turns her cerebral palsy into a subject for laughter, pointing out that it’s just one of her many problems: she’s a woman, she’s Muslim, she’s Palestinian, and she’s from Jersey.  She helped introduce stand-up comedy in the Middle East, even though her condition will not allow her to stand up for more than three minutes.  She co-founded the New York Arab-American Comedy Festival, and she has challenged mainstream America’s understanding of disability by contributing to  “Countdown with Keith Olbermann,” appearing on ”The Queen Latifah Show,” and starring in ”In Deep Shift” on the Oprah Winfrey Network.

I think I understand.  After I started Extreme Kids, a surprising number of people called me an inspiration. I tried for polite puzzlement, but inwardly I bristled.  Maybe some image you’re projecting of me is inspirational, but the real me? That cauldron of black humor that keeps me company as I walk down the street?I’m not a ray of invigorating sunshine, people.  My discomfort stemmed from the sense that I was being awarded more than my fair share of praise.  I had the time, resources, and obsessiveness to lay the groundwork for Extreme Kids. These qualities were not all within my control. Further, the project would have gone nowhere without the encouragement and participation of dozens, and then quickly hundreds, of other people.  The culmination of a great many people’s yearning and will made Extreme Kids work, not me and my circumstances alone.

But that’s how we operate. We take individuals and pull them away from the clusters of other organisms and people they are bound up in, the generations of family struggle, the oak tree in the back yard. The complexity of life gets simplified so that we can function, and we find ourselves symbols, standing in for much more than we are.

For years, the core of Felix’s exercise routine revolved around him climbing up a flight of stairs.  When his energy was bright, his face would glow with determination and pride, and everyone in the house would gather around, cheering each step. Once, on a particularly good occasion, he managed to do four or five steps all by himself, just him on the banister and the rails, with no adult help.  Gus, my friend’s teenage son, steeped in his own miseries, watched, his eyes clearing.  When Felix attained the top step, Gus said, “That’s enough to get me through the week.”  Felix did not mean to lift Gus out of his blues, but he did.  Is that such a bad thing?

Maysoon Zayid inspires me and a great many others whether she wants to or not.  She does not inspire because she has cerebral palsy--she inspires because she has the guts to get up on stage and playfully examine the reality of her condition--and ours.  She does not know if she would have had the ambition and strength to do this were she to grow up today.  As a girl, she was unaware of the rancor, brutality and prejudice directed against people with disabilities, immigrants, and Muslims—a sort of innocence that is no longer available to those with access to the internet.  In an attempt to create a similarly encouraging environment for today’s children, she rallies against on-line bullying, but my favorite of her projects takes place outside of virtual reality.  Her non-profit, Maysoon’s Kids, helps to build wheelchair-accessible playgrounds in Palestine.  She has my gratitude and respect for her art, and my undying love for building playgrounds in a war zone. 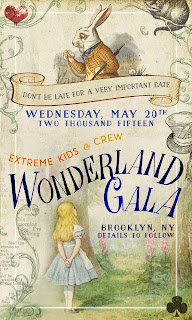 Come see her yourself at Extreme Kids & Crew’s Wonderland Gala, which, by the way, is being sponsored by Matt Stone and Angela Howard. Yes, that Matt Stone, co-creator of South Park and the fabulous wheelchair bound Timmy.  For those of you who are out of town, or who have a very good excuse for not attending, you can watch Maysoon's TED Talk and catch up on her latest work at her website www.maysoon.com.

Tickets for the Gala are free for all those who donate to Extreme Kids & Crew’s A Ball Pit in Every Borough Spring Campaign.  You will get your invitation as soon as you donate.

As you’re stretching those generosity muscles, please consider contributing to Maysoon’s Kids, too!
Posted by eliza factor at 11:41 AM