Broken and Woken Is Open: Call for Submissions 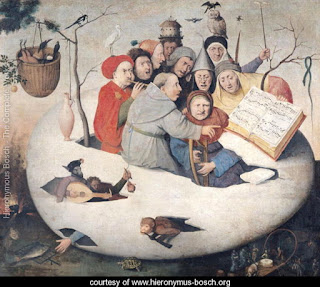 “Ring the bells that still can ring
Forget your perfect offering
There is a crack in everything
That’s how the light gets in.”
-Leonard Cohen


When I was rolling pennies to pay the rent, I didn’t enjoy being "broke," but I did take a certain pleasure in the word.

“Low income,” on the other hand, sapped me.  Where was the defiance? The soul? "Low income" invoked nothing but numbers.

Alas, it's just this sort of dehumanizing terminology that pays the bills at Extreme Kids & Crew. No bureaucrat will cut you a break, and no philanthropist will cut you a check, if you're merely broke. But you might get a little something if you say: “70% of our clients come from low-income households.”

So I've learned to be strategic.  When writing to audiences that “process requests,” I employ the logic of their organizations, tossing around phrases like “low income,” “at risk” “special needs” and the clunky but unavoidable “families with children with disabilities” without railing against the assumptions and elisions tucked into such language.

But not here at Broken & Woken.  This blog is a refuge from Official Speak, a place to express thoughts and experiences as freely as possible.

"Disability" doesn't appear in the title of the blog, even though it's been about the places Felix has brought me and the people I’ve met along the way.

“Disability” isn’t as annoying as many other words in Official Speak. But it's flaccid and vague, and the more you puzzle over it, the flimsier it becomes. Puzzle over it enough and you'll throw up your hands (if you have them) and say (if you speak): "Everyone’s `disabled.'"

Maybe your disability isn't apparent yet. Maybe you’re at the height of your powers -- Muhammad Ali looming over Sonny Liston. But look inside, and you’ll find something, some barely visible wiggle--the beginnings of that Parkinson’s Disease, perhaps, that will someday land you on the canvas.  Disability can't be avoided. It's the human condition. But "human condition" sounded too grand, so I went with "broken."

I'm no longer broke, but I’m still broken: by exhaustion, anguish, asthma, unpublished novels, love that soured inside me, friends I’ve left hanging, resolutions I've abandoned. My womb was broken, too, failing to protect Felix from virus or unknown agent.

No one's going to challenge me if I say I'm broken.

"Disabled," on the other hand, is strictly regulated. It’s an official category used to separate people. Great amounts of time, pixels and money go into maintaining this divide.

Take Felix: His body and the outward manifestations of his mind must be measured and considered once, twice, or three times a year, depending on the cycles of his bureaucratic overlords. This means taking him out of school and trucking him to doctors, or missing work to sit in ill-lit rooms with wilting plants and wilting social workers, spending hours answering the same questions I’ve been answering for 13 years. And only to certify that no miracle has occurred. Felix’s white matter has not spontaneously generated.  His gait is still hobbled. His speech is still strange.

Broken is not yet codified. May it never be. I can join Felix in my brokenness, and it’s a good place to meet.  It’s where the light shines in.

The staff of Extreme Kids & Crew asked me to start this blog in 2014 to work towards our mission of challenging cultural assumptions about disability. Liz Wollman soon stepped in to help edit, and it’s been great working with her.  But one small voice piping up out of Fort Greene, Brooklyn, is just that: one small voice. Liz, our new co-editor Andy Dunn, and I think that it’s time to invite more voices to join us, to create a reading and writing community as far-reaching and inclusive as disability itself.

We’re asking writers and artists from all over the country and beyond its borders, of many ages and backgrounds, to share experiences of disability, their own or another's.

Please note that we see disability as integral to life. We're not setting out to heal, remedy or "fix" disability. You may dress a wound, but a new one will appear. That’s nature. Our culture’s aversion to disability interests us; advice on how to "rescue" a child from autism doesn’t.

Here are the details:

Posts will appear monthly (for now).

Payment will be on publication at standard blogger rates. (Don’t quit your day jobs.)


E-mail pitches of no more than 200 words to this address: elizwollman@gmail.com. We'll try to respond to every submission, even if we don’t use it.
Posted by eliza factor at 7:52 AM