I have been an occupational therapist for 30 years. For the past 20 years, I have treated children with developmental disabilities almost exclusively, in home, out-patient and school-based programs. While I am passionate about this work, I generally don’t talk about the machinations of it away from the job. I embraced this strategy early on. It keeps the intensity of the work out of my house and allows my other interests and needs to be tended to. People who know me well know this and don’t ask. When new people come into my life, however, they have questions. Not long ago, I was at an event and as we went around the table doing the “who are you and what do you do” dance, some folk became fascinated with my answer enough to want details on what my days entail.

I told them a story of a particularly funny tantrum one of my kids had upon learning that he would have to get his coat and hat on without the level of support I had been giving him. I knew he was ready. He was sure he was not. He huffed, puffed, fussed, cried, cursed, snorted, snotted and finally, did what I asked. He nailed it on the third try. He was so proud. He had me tell everyone we saw walking to the bus what a great job he did.

I glanced over noting a couple of my table companions had horrified expressions. They were stuck back at the point in the story where the kid rubs his snotty face up my sleeve, wrist to elbow. “I could never do that," one mumbled. I laughed and told her that's how I came to have such a strong immune system and passed the baton to the next person at the table.

When college students come to shadow me, I tell them what I understand to be the most important aspect of becoming a therapist. A head full of kinesiology, anatomy, physiology, and being able to use the most current equipment and treatment paradigms means you are knowledgeable. But being able to move in the middle of someone’s crisis, be with them, and bring that knowledge to bear toward their growth and healing is what makes you competent.

Getting to competent fundamentally changes who you are; from body function (horrific odors no longer make me gag), to what you find entertaining (graphic violence and cruelty now make me gag). My friends tease me about how optimistic and patient they believe me to be. But I’ve spent my adult life watching people go from being not able to lift their head to being able to wave and laugh as they walk out the door. I may seem patient but, truthfully, it's because I can see progress just from the way a comatose person breathes and know that the next phase is dawning and what we can do to cross that bridge.

Thirty years in, I know in my soul there is no situation where “better” is not just do-able, but already on its way, when we choose to be the people who can get there. This isn't a saintly platitude but my world-view. It's the truth every day is built on. A snotty sleeve will never be my first choice, but it's a small price to pay. 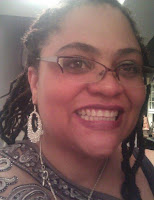 When Terra Turner is not working as a pediatric occupational therapist she is a visual artist, avid sci-fi fan, gardener, elder care giver, foodie, community advocate and traveler. She lives in East Cleveland, Ohio in a bright yellow house.
Posted by eliza factor at 9:43 AM